Since the publishing of EVRF2007 in December 2008, more than half of the data have been changed (see figure 1). Furthermore, the following countries provided their leveling data for the first time:

In former EVRS realizations, systematic differences occur between the national ODN (Ordnance Datum Newlyn) heights and the EVRF2000 or EVRF2007 heights. ODN heights were computed by an adjustment of the 3rd leveling epoch (1951-1956), in which the results of the 2nd epoch (1912-1952) were held fix because of suspected systematic errors in the 3rd leveling epoch. But only the observations of the 3rd epoch are available in the UELN data base and have been used in the EVRF2000 and EVRF2007.

In the mean-tide system, the difference between EVRF2019 and ODN is constant:

To determine the EVRF2019 heights of British points in the zero-tide system, the correction is dependent by the latitude. 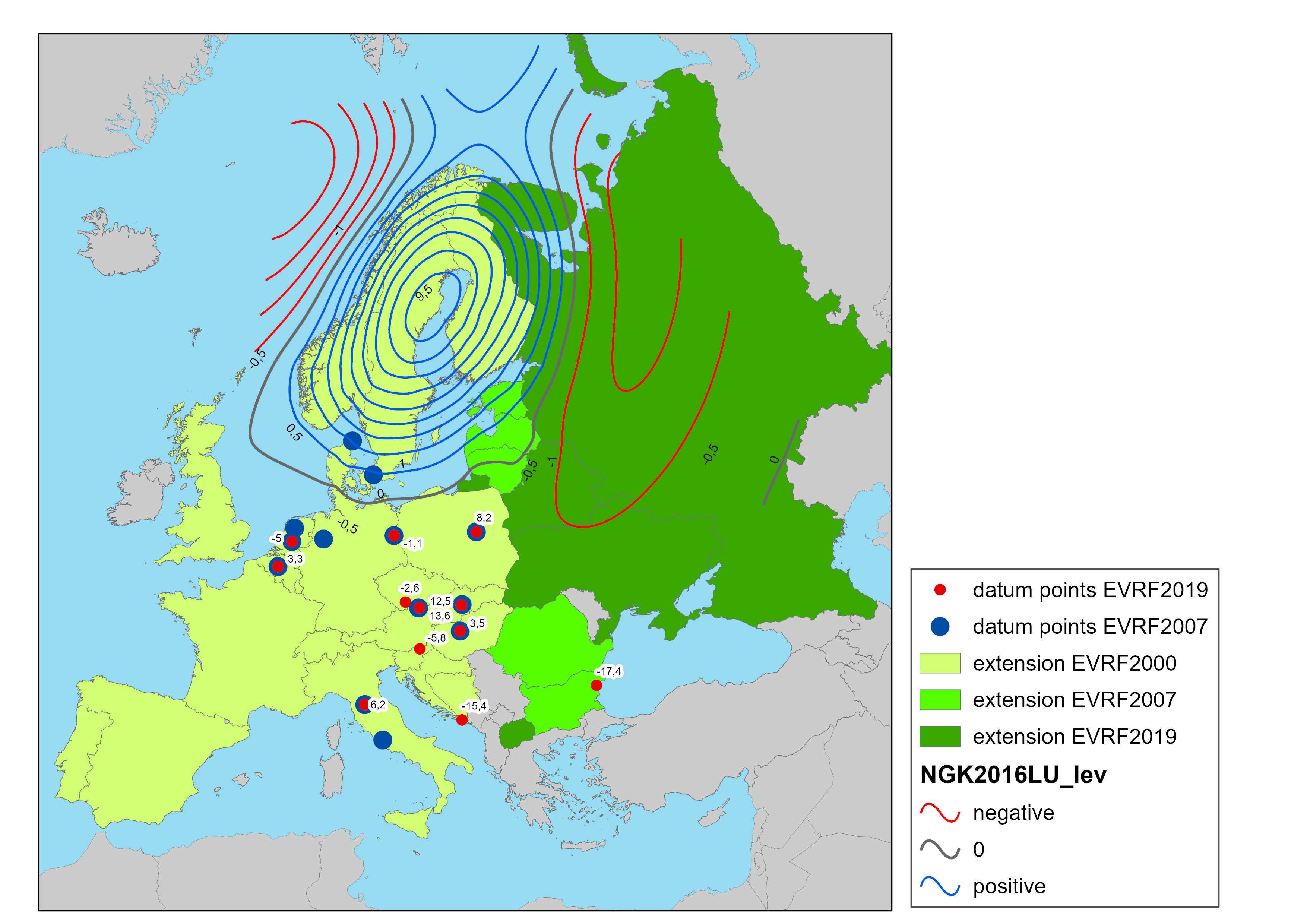 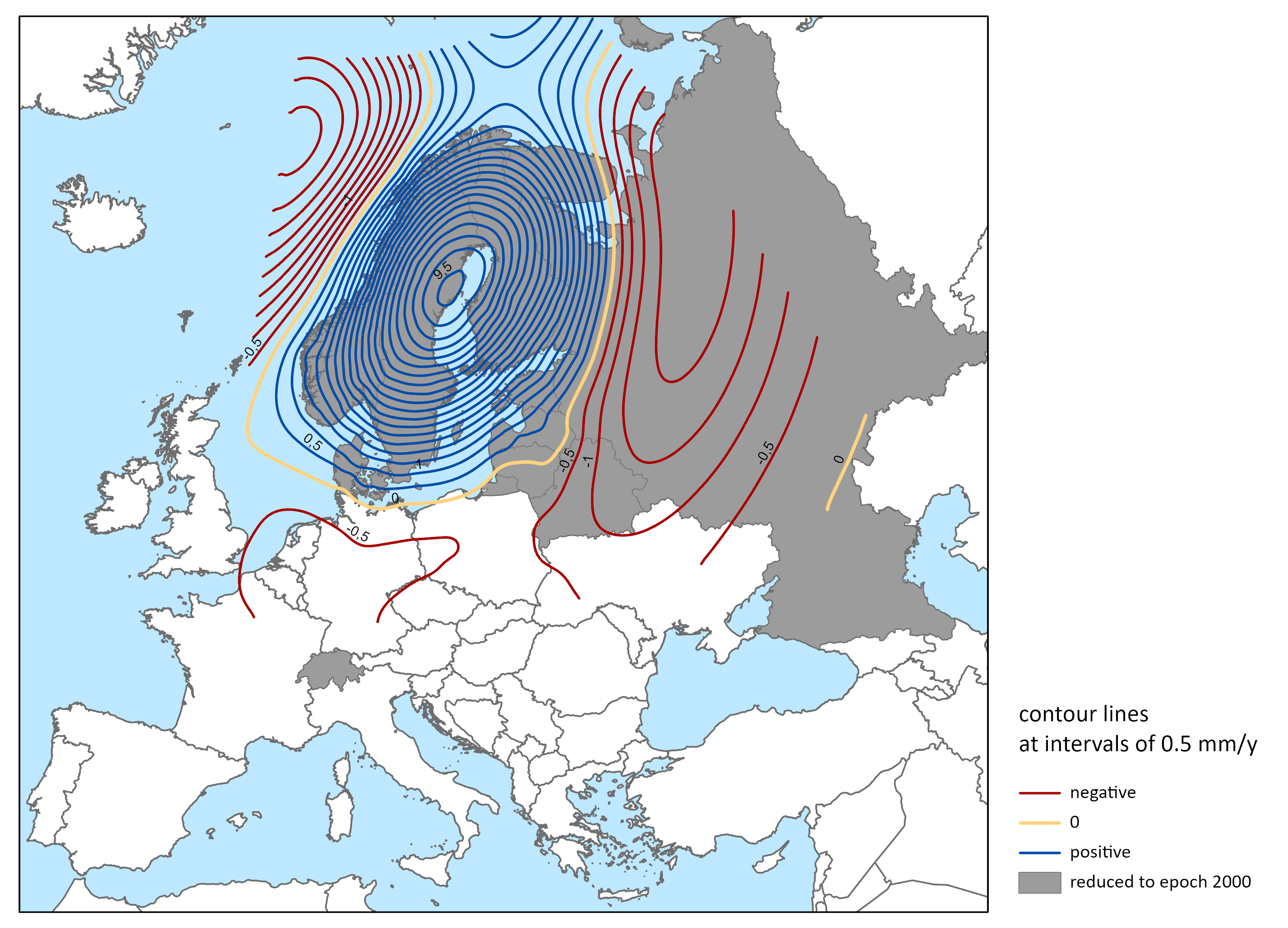 According to its definition, EVRS is a zero-tide system (Ihde et al 2008). So, both EVRF2007 and EVRF2019 are computed in the zero-tide system. This agrees with IAG resolution No. 16 adopted in Hamburg 1983, which recommends zero-tide for gravity field and mean-tide (= zero-tide) for 3D-positioning (Mäkinen, Ihde 2009). However, this resolution was never applied for all geodetic measurements and techniques.

The EVRF adjustment was performed in the zero-tide system. The results were converted to mean-tide by

The heights in EVRF2019 differ from EVRF2007 between -439 mm and +148 mm (see figure 4). The largest differences are in the part of Western Europe, especially in Great Britain and France. In Great Britain, we have maximum differences of half a meter. In France we find differences between -135 mm in the North and +65 mm in the South. Main reasons are the including of the zero-order network NIREF in France, which eliminates the tilt of the IGN69 network, and the modified computation of the heights for Great Britain. The largest positive height differences are in Italy, caused by the new Italian leveling data. 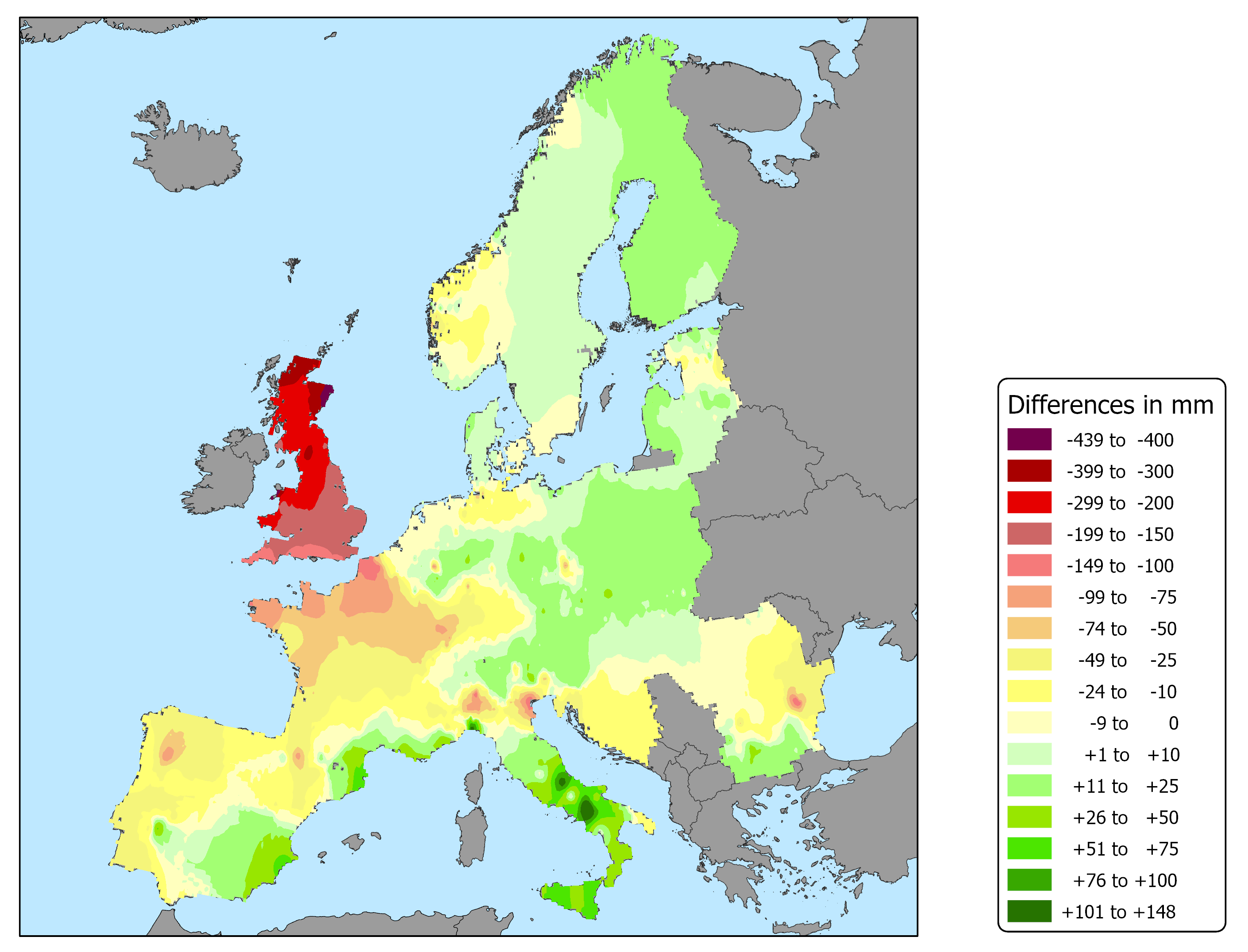 For some applications it will be necessary to make physical heights comparable with other geodetic products. An example is the computation of geoid or quasi-geoid values as differences from ellipsoidal and leveling heights. In these cases, you should use the heights in the zero-tide system.